The picturesque town of Verucchio, just 16km outside Rimini in the Val Marecchia, is characterized by a spectacular panorama – described by many as the most beautiful in all Emilia-Romagna.

The town’s name, according to one theory, comes from the term vero occhio or real eye, because of the view it affords sweeping to the south-easterly point of Gabbice, through to Rimini and the surrounding Val Marecchia.

Also known as the Rocca del Sasso as it’s built on a large rock; this is one of the best preserved castles of the region.

The first mention of a castle here was in the donation by Emporor Otto I to Ulderico di Carpegna in 962.

The impressive fortress is open to the public. You can visit the main hall, the secret passages, guard rooms and see the XIII century cistern, which still functions today. Among the best reasons to visit this magnificent castle are its towers which afford the best view in the whole town of the surrounding countryside.

In the centre of the old town of Verucchio, surrounded by elegant 18th and 19th century buildings including the town hall, the Palazzo Ripa, where you can see a number of paintings on display from the 18th Century Carlo Cignani school.

Housed in a former Austin Friary, it displays an impressive collection of treasures found in tombs like the one that has been dubbed ‘the tomb of the princess’ due to the richness of the objects found there.

Passarelo and the Benedictine Convent

Passing up Via Marconi you’ll come to the Passarelo gate and the Benedictine Convent of the Clarisse.

Passarelo, which faces the Rocca Malatestina, was originally a second fortress in the town, and was used by the Malatesta for ceremonial purposes while the Rocca served primarily for military defence.

The old fortress of Passarelo is long-ruined, with the convent built on its ruins in the 17th century. 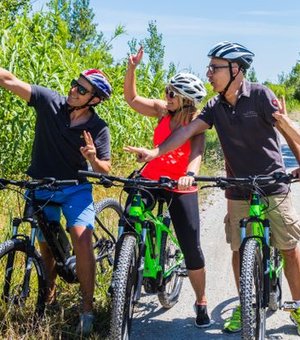 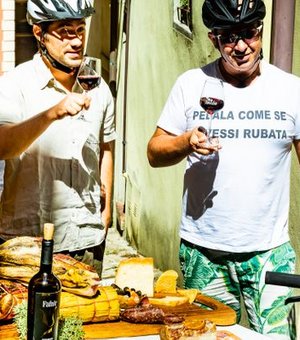